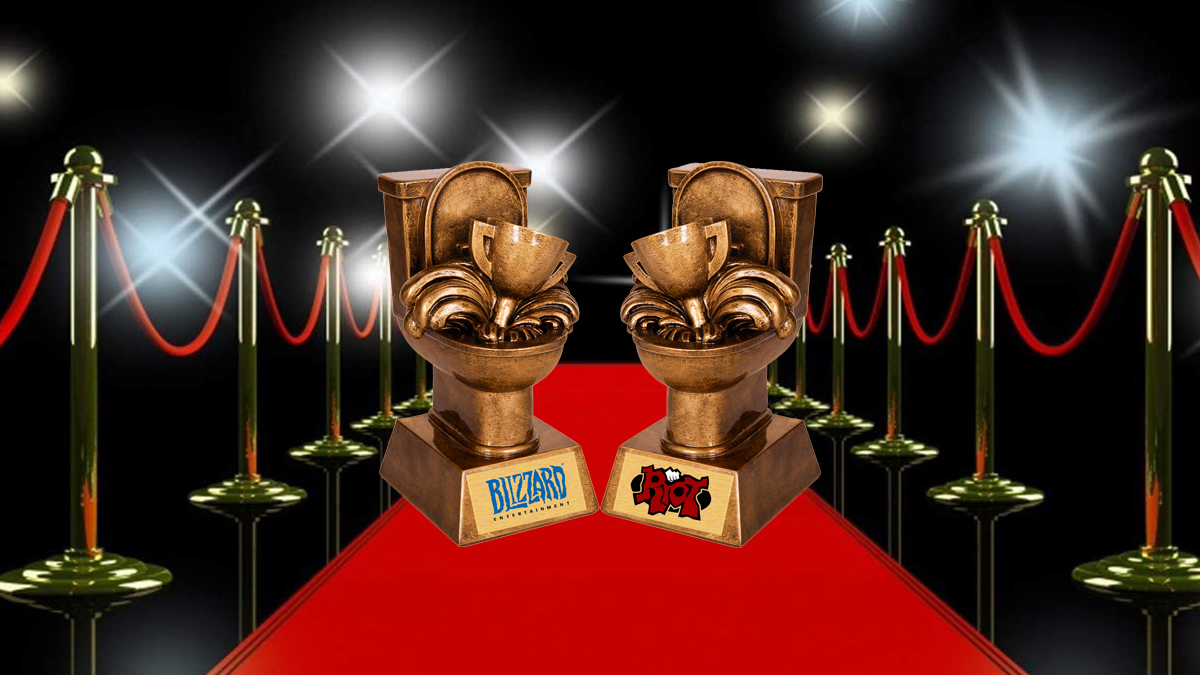 Riot & Blizzard Are Competing for Prize Nobody Should Want to Win

The California Department of Fair Employment and Housing says Riot Games isn’t cooperating with their investigation and we are shocked. Shocked I tell you!

DA VINSTER (Vinny): I’m sure I’ve done this before, but What is a game that hasn’t been remastered or remade that you would like to see come back?

Princess_Megan: What is one video game you wish you had finished, but got distracted by a new, shiny game and never went back to? What is it about this game that makes you regret not completing it?

Cpt Insano6: What do you think has led to the rise in video game popularity; i.e. the rise of social media, etc? Or maybe a better way would be: why does it seem like video games have never been more popular and when do you think that trend started?

Primefan: What would be the perfect video game to create for pc

JoeColeslaw: Sorry I kinda phoned in last week’s question (although NOT sorry I asked) I was ankle-deep in overgrown virtual Grass… for those asking, Lawnmower sim is a fun way to pass dozens of hours. You start out with a smaller model lawnmower, in small gardens and work your way up through RP (reputation points) once you’ve been deemed a Professional company, you have opportunities to hire workers and knock out several contracts in one day. As your business grows, so do your needs for more vehicles and spaces for them. The gameplay is REALLY satisfying, first checking the ground for any toys, tools, trash or turds that may get damaged or gunk up your mower. Then you pull off of your trailer, and get to work! Once you acquire a specific mower brand, you can equip a Striper (STRIPE-R NOT stripper) and fully embrace the tranquility of solid lines in the grass behind you! I am satisfied with the game and hope others will be too! I’d give it a 6 out of 9….. nice.
Okay… homework assignment out of the way, now for my question. I’d like to preface it by going back to 2 weeks ago, my ‘cheesy game’ question… I may have found a contender. Dodgeball Academia! This is a fun little RPG where DODGEBALL is the battle system! The game pokes fun and references many other rpg’s before this one… all the way down to the infirmary having a certain chime once you’re team becomes fully healed. This is ON GAMEPASS and would NOT have been on my MUST BUY list, unlike the previous simulation game.
So if you could have one hobby or activity MAGICALLY transformed into an RPG, what would it be? How would the battles play out? What would be your main quest? How would you level up?