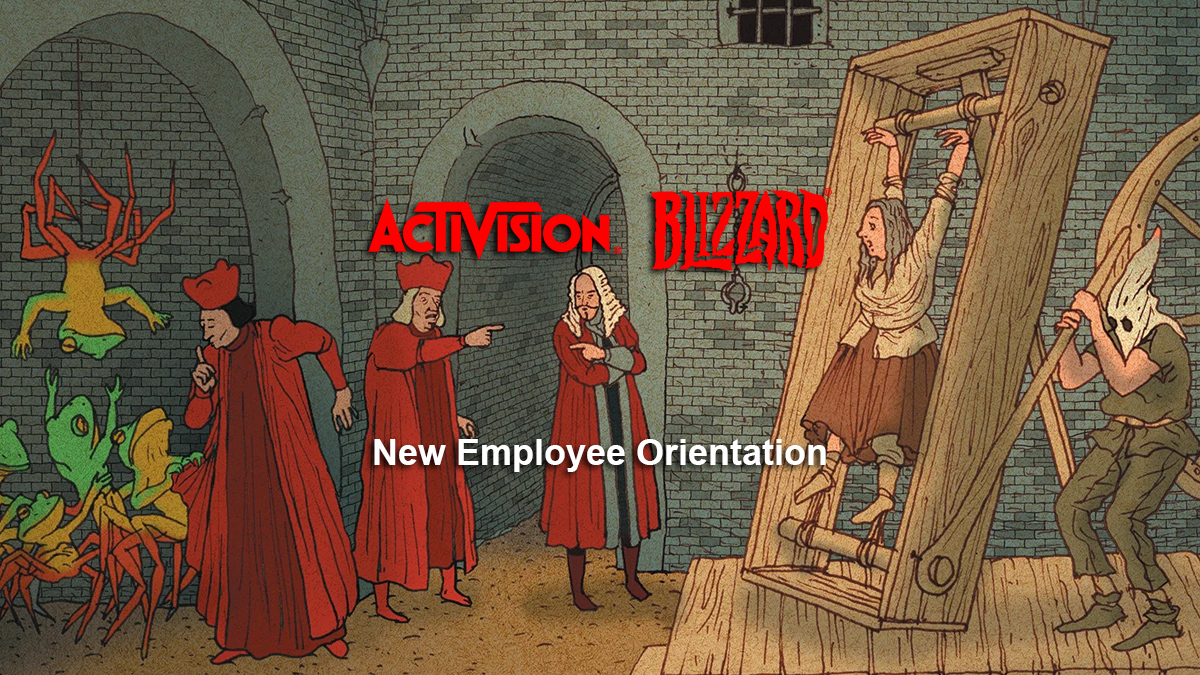 Every Day That Goes By Makes Blizzard Activision Look Worse

You are probably not shocked to hear that the President of Blizzard suddenly decided to “spend more time with his family” today. But did you know that Activision hired a torture apologist?

DA VINSTER (Vinny): If you saw or paid attention to any of the Halo infinite multiplayer flight this weekend what do you think? From what I saw, the game seems to be receiving overwhelming positive reviews over the weekend. Do you think it will come out this fall and be THE big heavy hitter next to Forza that people have been looking for from Xbox and what are your personal opinions. I know you all aren’t the biggest of Halo or FPS fans but what are your thoughts coming out of this flight and are you personally interested or excited to try Halo Infinite this fall?
Sorry for the long question, I played the flight test all weekend and obviously I’m biased but man it was the most fun I’ve had probably since the launch of fall guys and sea of Thieves. The game nailed the halo feel while still feeling modern. The “one more match” mentality was 100% there and the bot matches and “The Academy” which is essentially a firing range with any gun in the game will be fantastic for newcomers to Halo and help onboard new players, especially since we’ll have quite a few considering it’ll be free to play. Sorry again just very excited

JoeColeslaw: So, you already have answered your favorite kind of cheese, (shout out to munster, smoked guda, and PepperJack) so let’s get Video Games involved… over the years and decades throughout your gaming history, what video games have you played that you would call, Cheezy? Either the voice acting is REALLY hamming it up, or the animations are over the top, or the story goes JUST the way that the tropes foretold. Unlike at my new job at a factory… THE GLOVES ARE COMING OFF! Any console, any year.

Mazelnut: I never really ask questions but what do you think about the corrupt side of stardew valley. like how pierre is really the bad guy and not joja mart. or how mayor lewis is using the tax money from the town for personal use?

Primefan: What are your favorite game characters and why?

rdeacon: I was poking at some old games recently and wondered why some are still so damn hard… looking at you Donkey Kong. Why do you feel the games were hard? Were they designed to be that way, for replayability, or when you have less you focus on the game play rather than graphics as they do in today’s current games?

Princess_Megan: What are your top three favorite elements of video games?

The Shorter Games With Worse Graphics Bundle Round 2